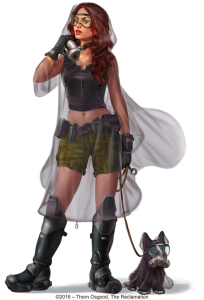 Corilan, 25, IT project manager by day, spends her free time involved in ecological organizations endeavors. Then, her long-absent negligent father, Nolan, wants to see her. Finally, she decides to see him, and despite the friction over his absence, from that meeting her life evolves. Nolan tells her of his birthright, an environmental organization, the School of Ancestral Guidance (SAG) and its members having ancestral guides. This clarifies Corilan’s gift, a voice inside, something she has never revealed. Knowledge of SAG feeds her obsession against environmental destruction.

Then an invisible entity, Earthos, manifests itself to her and proposes assistance in uniting people that want Earth preservation. Years, she has been seeking a way to unite conservationist factions and still has no solution. Inspired by her inheritance, she accepts Earthos’ proposal and joins the SAG organization. After infusion with Earthos, she soon discovers abilities, among them lightning bolt generation, mind reading and control.

Armed with powerful abilities and her ancestral guide, Corilan must take an unexpected path. Then she discovers who her real enemies are and must find a way to defeat them. 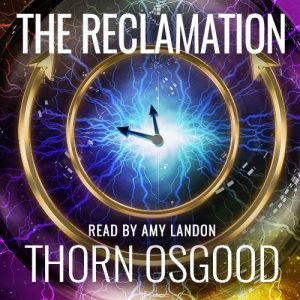 Goodreads reviews for The Reclamation